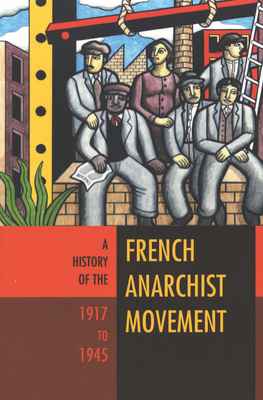 "Berry has done an amazing job of poring through the speeches, the newspapers, the reports of meetings of all the various strands of the anarchist movement to develop a coherent story of changing anarchist ideology in the 1920s and 1930s."--H-France Review

"We should applaud a study which has no equivalent in French and which does not fear bringing to light the hesitations and the U-turns, but also the lucidity and the courage of many militants."--R fractions

David Berry's study is the first English-language evaluation of the development of the French anarchist movement between the great wars. Using an impressive array of archival sources and personal interviews, his original research explores the debates and growing pains of a large, working-class movement facing great obstacles. Focusing on the organized wings of the movement--the anarcho-communist and syndicalist groups--it offers a ringside seat to the legacy of the First International, the upheaval of the Russian Revolution and subsequent Bolshevik treachery, as well as the fight against fascism. Includes an introduction by archivist and historian Barry Pateman.

David Berry teaches French and politics at Loughborough University in the United Kingdom. He is the reviews editor of Anarchist Studies and on the editorial committee of the Journal of Contemporary European Studies. He is a member of the Centre International de Recherches sur l'Anarchisme and the Association for the Study of Modern & Contemporary France.