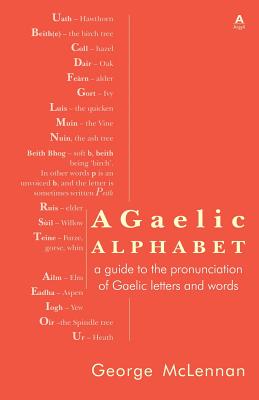 The modern Gaelic alphabet has 18 letters - Gaelic simply needs a smaller alphabet to make its sounds. To pronounce Gaelic words correctly you need to know what the sounds of the letters are, particularly the sounds of combinations of letters. Using his knowledge of the conventions of the language and not a little humour, George McLennan offers a straightforward guide to the Gaelic alphabet. Placenames and surnames are used to illustrate particular pronunciations, in the expectation that most people will be familiar with them. Each letter is discussed separately. Combinations of consonants, eg chd, are dealt with or referred to under the first letter. The vowels are then done in alphabetical order as are groups of vowels. Like its sucessful campanion volume Scots Gaelic an introduction to the basics, A Gaelic Alphabet will be of great help to learners and speakers of the language.