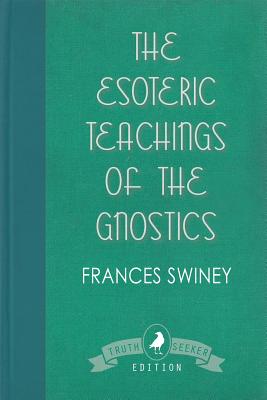 By Frances Swiney
$14.99
Not Available In-Store - Usually Ships from Warehouse in 1-5 Days

Though Gnosticism long preceded Christianity, the Gnostics were the first Christians; they accepted Christ in the full realization of the word; his life, not his death, was the keynote of their doctrine and their practice. Thousands of years before the Egyptian Seers prognosticated the spiritual evolution of the soul in the seven stages of probation in the life beyond the grave. They conceived of a mystical Christos, a divine type of character that could only be attained through the soul's conflict with evil in the spiritual spheres of nebulous idealism. The Gnostics welded the ancient mythos into mundane practicability. They recognized the divine nature of the Universe, the eternal progression of all things, and of the human in particular. Therefore, it is easily conceivable that they were misunderstood, maligned and discredited by the crude primitive minds of the Goth, the Vandal and the Hun, who had drunk too deeply of the draught of oblivion to remember their former phases of existence. ..".Swiney has much in common with modern scholars like Elaine Pagels or Elizabeth Sch ssler Fiorenza, who attempt to restore the lost voices of the women of early Christianity... The Esoteric Teachings of the Gnostics is an important book." by Philip Jenkins, Distinguished Professor of History, Baylor University.
My Account • Sign In • Sign Out • Register
NEW & USED BOOKS
AUTHOR EVENTS • GIFTS
Tempe
6428 South McClintock Drive
480.730.0205
[Google Map]
10am-7pm daily
Trade Counter 11am-6pm daily