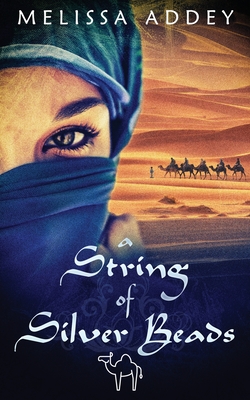 A woman seeking adventure. A bitter rivalry. The birth of an empire.

11th century North Africa. Kella is a Berber girl disguised as a boy, travelling the trade routes and beating all comers in the camel races. When her true identity is revealed, she is sent home to the family desert camp to be taught women's skills.

Bored with her restrictive life, Kella yearns for her freedom and the excitement of life on the road. When a mighty army sets out on a holy mission, she risks marriage to its general, Yusuf, hoping to join him on a great adventure. But while Yusuf conquers the whole of North Africa, Kella finds herself an unexpected rival to his infamous queen consort, Zaynab.

Can Kella protect herself from a powerful and jealous rival? Can she secure a future for her son in this newborn empire? And will she ever find the freedom she craves?

A String of Silver Beads is the exciting second book in the Moroccan Empire historical fiction series. If you enjoy adventures, power struggles and journeys through history seen through a woman's eyes, then you will be enthralled by this stirring novel.

Journey through North Africa as a new empire is born. Buy A String of Silver Beads today.