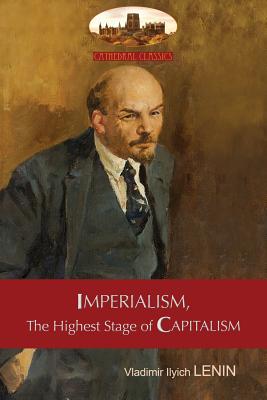 Those seeking a handle on the nature of modern capitalism and war, can do no better than to start with this incisive analysis by Lenin - it still applies, writ large, today.

Ideologically a Marxist, Vladimir Ilyich Ulyanov, (better known as Lenin), wrote copiously on political and economic systems, passionately believing in the need for a total rejection of capitalism by the proletariat worldwide.

Imperialism, The Highest Stage of Capitalism looks at how Western capitalism in the mid-1800s transitioned inexorably from small businesses competing with one another into huge monopolies that concentrated labour, industry, natural resources and bank finance. Competition, a core element of capitalism, was a casualty of this process and most of the profits went to a top strata of society. Because the system was inherently growth-driven, the powerful oligarchy of financiers, industrialists and governments sought new prospects outside of their native countries in the form of a territorial 'land grab' backed by military might.

This last inexorable stage of capitalism saw the world's undeveloped countries carved up between the likes of Great Britain, France and Germany and was, in Lenin's view, the very essence of imperialism, a state of affairs to be countered at all costs.