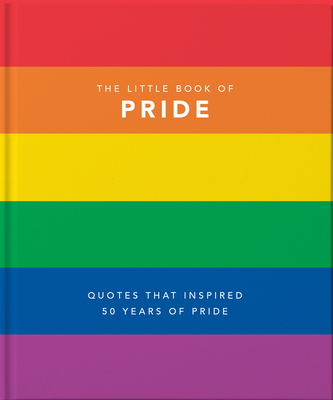 This is book number 1 in the Little Book Of... series.

50 years of Pride in the words of those who changed the world.

Half a century has passed since 2,000 people marched in the very first Pride march, in New York City. It was a moment when the LGBT+ community rose up against centuries of hatred and persecution, spawning a global movement and the Pride parades that now take place around the world.

The Little Book of Pride is a collection of quotes that captures the voices of those who have played a key part in the long journey to a place of Pride - from the very first pioneers, to those who took the fight into the streets of the Stonewall riots, and right up to today's movers and shakers.

'If a bullet should enter my brain, let that bullet destroy every closet door.' Tape recording left by Harvey Milk, the first openly gay US politician, murdered in 1978.