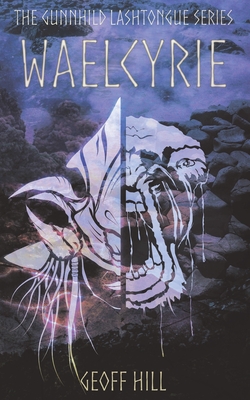 By Geoff Hill
Email or call for price

This is book number 4 in the Gunnhild Lashtongue series.

The combined forces of Orkney, Man and Leinster spread across the shoreline like a hedge of spears. Beneath their feet, the muddy seabed rippled out to the water's white edge, where the tide drew back like a bowstring.

A lone figure was picking his way towards them, down the cliffs and over the pebbles, his hands held high and open.

"Who's this cretin?" muttered Earl Sigurd, squinting in the poor light.

Beside him, Gunnhild clapped happily.

When SigtryggSilkbeard's Kingdom of Dublin comes under threat, he recruits the man-dragon, Earl Sigurd of Orkney, and the Dark Priest, Br dir - but he also finds a mysterious witch is more than willing to interfere.