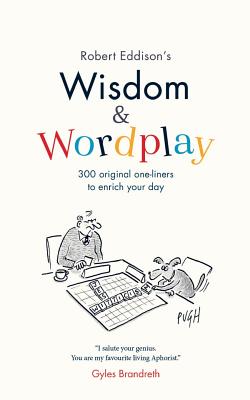 Robert Eddison, a national journalist and playwright, has recorded every original thought he has had since June 1997. They now run to many thousand and take the form of witty, and often profound, one-line observations on an awesome variety of (150) different subjects, ranging from childbirth to political correctness. Publications in which they have most recently appeared include the Week and the London Times. Well known around the world for his witty one-liners, Robert has amassed a huge following on social media including more than 33,000 Twitter followers and 14,000 Instagram followers.. His first book, volume one, contains a selection of his finest aphorisms to entertain and amuse the masses.