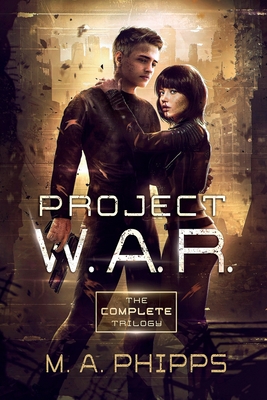 Don't stand out. Blend in. Remain invisible. These are the rules Wynter Reeves has always lived by. Rules that have kept her alive and unnoticed in a society that values contribution and assimilation above all. Rules that, when inadvertently broken, will change the trajectory of her life for good.

When the placement exam that will determine her future is interrupted by a terrifying out-of-body experience, Wynter finds herself drawing the unwanted attention of the sinister government facility, the DSD. Kidnapped and forced to undergo torture and human experimentation under the guise of research, Wynter learns she has abilities she didn't think possible and that almost everything she's been told her whole life is a lie.

But as the symptoms of her condition progress and her powers grow, it becomes clear that, in the hands of the wrong people, she isn't only different, she's a threat. And not only to those on the run from the State...

To the entire world.