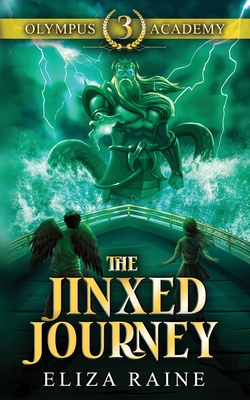 It's starting to look like Olympus is a lot more dangerous than I thought it was.

After dredging up a flying pirate ship belonging to the long lost Oceanus, I'm leaving the academy on a quest. And it's not just me going. My friends, Icarus, Zali and Thom are coming too, but in a strange turn of events, two of the people who hate me most in the academy are also tagging along for the ride.

And what a ride it's going to be. We have to follow a series of clues across some of the most dangerous parts of Olympus, to try and free a Titan trapped by the Lord of the Olympians himself. And even more confusing, my absent mom has finally decided to show up.

It's not going to be easy, but it's the only way we can save the souls that were stolen by the demon that I let loose.

My mistake cost innocent people their souls. And now I'm the only one who can fix it.