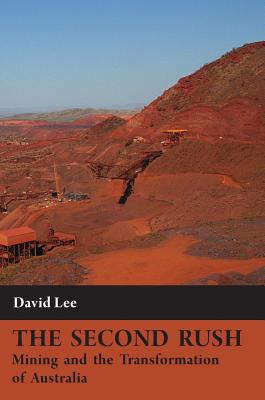 The Second Rush is a history of the minerals boom in Australia over the half-century from the early 1960s to the end of the China minerals boom in 2012. The earlier substantial mining boom--the gold rush of the nineteenth century--created extraordinary prosperity. However, from 1901 to the 1950s, with a few exceptions, mining descended into the doldrums. In the 1940s mining was regarded as belonging to Australia's past and not to its future.

The "Second Rush" began unexpectedly from the 1960s with the development of new export industries, the most prominent being coal, iron ore and bauxite. The mining boom turned Australia's chronic balance of payments around; substantially influenced Australia's turn to Asia; and underpinned the era of optimism and nationalism of the late 1960s and 1970s. The Second Rush continued through the "resources boom" of the late 1970s and 1980s. At the turn of the new century, few saw any great future for mining after the harder times of the 1980s and 1990s, but then Australia embarked on its greatest boom--the China resources boom from 2002 to 2012. The Second Rush traces the progress of Australia's second minerals rush over half a century, examining explorers, financiers, managers and engineers, mining companies and their relationship with governments, workers and industrial relations and the impact of mining on the environment and on Australia's first peoples.