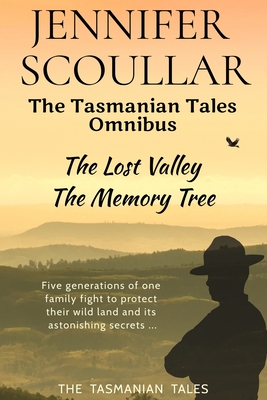 A Tasmanian East Of Eden

A sweeping saga of ambition, betrayal and dangerous love.

Tasmania, 1929: Ten-year-old-twins, Tom and Harry Abbott, are orphaned by a tragedy that shocks Hobart society. They find sanctuary with their reclusive grandmother, growing up in the remote and rugged Binburra ranges - a place where kind-hearted Tom discovers a love of the wild, Harry nurses a growing resentment towards his brother and where the mountains hold secrets that will transform both their lives.

The chaos of World War II divides the brothers, and their passion for two very different women fuels a deadly rivalry. Can Tom and Harry survive to heal their rift? And what will happen when Binburra finally reveals its astonishing secrets?

From Tasmania's highlands to the Battle of Britain, and all the way to the golden age of Hollywood, The Lost Valley is a lush family saga about two brothers whose fates are entwined with the land and the women they love.

Playing God is a dangerous game

When forest protests engulf a tiny Tasmanian timber town, one family's century of secrets threatens to destroy a marriage ‒ and bring down a government.

Matt Abbott, head ranger at beautiful Binburra National Park, is a man with something to hide. He confides his secret to nobody, not even his wife Penny. The deception gnaws away at their marriage.

Matt's father, timber and mining magnate Fraser Abbott, stands for everything Matt hates. Son disappoints father, father disappoints son - this is their well-worn template. But Fraser seems suddenly determined to repair the rift between them at any cost, and Matt will discover that secrets run in the family. When Sarah, a visiting Californian geneticist, tries to steal Matt's heart, the scene is set for a deadly betrayal.

The Memory Tree is a haunting story of family relationships, the unbreakable ties we all have to the past and the redemptive power of love.