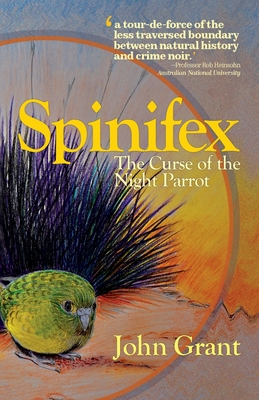 The discovery of the near-mythical night parrot lures smugglers to the heart of the Australian outback. It falls to lone wildlife officer Ric Butler to investigate but when a malevolent boss repeatedly undermines his efforts Butler proves he isn't the kind of guy to let a thing drop because he's told to. Falsely accused of murdering an infamous naturalist Butler's world gets turned upside down forcing him to go on the run with Jake Varoy a laid-back but cynical co-worker with the hard-won wisdom only experience can bring.

In a daring game of cat-and-mouse the pair track an unseen adversary as Jake reveals unsettling clues about Butler's own hidden origins. The investigation turns deadly up in the steamy croc-infested waters of remote Torres Strait when Butler is pushed to overcome crippling personal demons and intercept the smugglers to save the night parrot, even if it means endangering the lives of those he most loves.