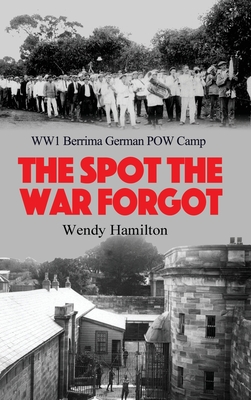 Wolfgang Schmitt and his friend Billy K ster from the freighter the Pfalz, are captured in Melbourne three hours after Britain declares war on Germany, and find themselves packed off to a derelict gaol in the rundown village of Berrima. The gaol, notorious for its sadistic history and ghosts, quickly earns the name Castle Foreboding when eighty-nine mariners have to sleep in cells on the stone floor. But it takes more than a miserable start to daunt these storm weathered sailors. This remarkable story is based on a series of real events that took place during World War One. While the sword devoured Europe, the internees built huts along the river, made boats, had a theatre and orchestra, and turned the surrounding countryside into a Garden of Eden. When six of the wives and their children take up residence in the village, the sailors make toys for Christmas, paint Easter eggs, and decorate the courthouse for the Machotka baby's christening. It is not all fun and games, however, spirits lag as the war drags on and loved ones die. There is a fight, a couple of escapes, and the Battle of Pooh. Through the ups and downs, the moonshiners keep turning their jam rations into booze while others smuggle whisky over the prison wall at night. As the war progresses hatred rises, but in a two-mile spot radiating from the gaol, Australians, Germans, and guards, forget they are enemies. Together they rescue a horse from a cistern, save the village from bush fires, and grow giant tomatoes. One of the few positive stories of the first world war. The Berrima POW Camp gives new meaning to the term the Great War and is a badge of honour on Australia's sleeve.