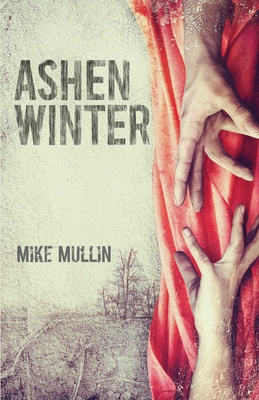 This is book number 2 in the Ashfall series.

“Set six months after the super volcano under Yellowstone erupts, this sequel to Ashfall finds Alex and Darla trying to cope with their new, primitive world. Mullin makes the reader feel the reality of what would happen following such a catastrophe. I could not put Ashen Winter down!”
— Allison Skaggs, Lowry's Books, Three Rivers, MI

It's been over six months since the eruption of the Yellowstone supervolcano. Alex and Darla have been staying with Alex's relatives, trying to cope with the new reality of the primitive world so vividly portrayed in Ashfall, the first book in this trilogy. It's also been six months of waiting for Alex's parents to return from Iowa. Alex and Darla decide they can wait no longer and must retrace their journey into Iowa to find and bring back Alex's parents to the tenuous safety of Illinois. But the landscape they cross is even more perilous than before, with life-and-death battles for food and power between the remaining communities. When the unthinkable happens, Alex must find new reserves of strength and determination to survive.