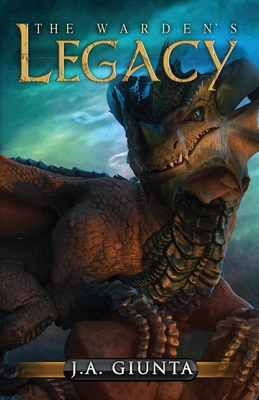 For centuries, dragons fought to rule all. Driven by rage, corrupted by darkness, they were a scourge of fire and fury that would not abate. Only humans stood in their way, a brave few in each generation born with magic. Wardens, as they were called, used their power to shield others and fight back the dragon menace. But the dragons were cunning and used guile to destroy their enemy from within.

When the Wardens fell, the world fell with them.

Without their protectors, humanity was hunted to the ends of Eralle and eventually to extinction. Cities burned beneath the onslaught, with every forest in between. Trees wilted into ash and did not grow back. Food became scarce, life even scarcer. Older dragons chose to hibernate, while the rest were forced to scavenge or turn on one another.

All had seemed lost, until a young dragon came upon a human egg, one fashioned of Warden magic. Inside the wooden shell was a promise of renewal, a helpless infant boy that could coax trees to grow by touch. He carried within him not only a chance at redemption for all dragons but the gift of hope that would become...

"Stone pressed in the tips of four talons and another from his left hand, a difficult task for one his size. When nothing seemed to happen, no matter how hard he pushed, he tried moving his claw to a more comfortable position. A circular section of shell began to turn. He continued the motion and sensed within the shell a movement of its delicate parts.

The prickled circles moved within a groove, and the slender lengths slid one along the other. He felt and heard a click just as a seam appeared lengthwise across the center of the egg.

Air escaped in a faint rush, like the exhalation of an anxious breath. It held the bitter greens and biting whites of blossomed life and blooming bough, the caress of sweet blues in summer wind and dulcet yellows in rays of sun. Its touch was so clean, so pure within his lungs, that he coughed in the face of it and longed for more when it was gone.

The egg's magic had fled."

"I became a writer because of Dungeons & Dragons. At eleven, when my family moved from New York to Arizona, I traded my entire baseball card collection (which included cards from the '50s) for the basic D&D box set. A huge monetary loss at the time, though I couldn't have known that at my age, but in the long run completely justified."- J.A. Giunta