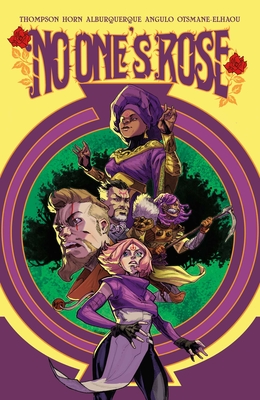 Centuries after the fall of civilization, the remnants of humanity survive in dying bio-city, known as the Green Zone. Teenager Tenn Gavrilo could rebuild the city, maybe even the world. But her resentful brother Seren aims to destroy it.

THEY GREW A PERFECT CITY AT THE END OF THE WORLD, BUT THE ROOTS ARE ROTTEN.

Centuries after the fall of the Anthropocene, the last vestiges of human civilization are housed in a massive domed city powered by renewable energy, known as The Green Zone. Inside lives teenager Tenn Gavrilo, a brilliant bio-engineer who could rebuild the planet. But there’s one problem: her resentful brother Seren is eager to dismantle the precarious Utopia.

From the minds of Zac Thompson (X-Men, Yondu) and debut writer Emily Horn with artist Alberto Jimenez Alburquerque (Letter 44, Avengers ) comes a gorgeous and green solar-punk world filled with strange biotechnology, harsh superstorms, and divisive ideologies--ideologies that will tear Tenn and Seren down to their roots as they fight for a better Earth.

Hassan is a British/Algerian comics letterer, and has worked on titles like Vault Comics’ The Blue Flame, Black Stars Above, The RUSH, Engineward, No One’s Rose, and TEST, as well as X-O Manowar, First Knife, and Undone By Blood. He's also the editor of the Eisner-winning PanelxPanel, and voice behind Strip Panel Naked.