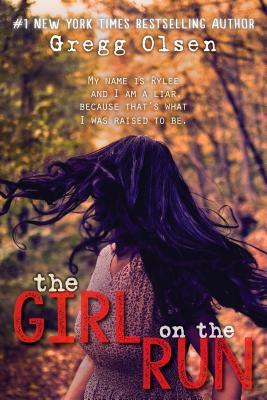 This is book number 1 in the Vengeance series.

A riveting, edgy Young Adult thriller from #1 New York Times bestselling author Gregg Olsen with a memorable protagonist who is a mix of Lisbeth Salander and Dexter Morgan. A twisted murder, a tangle of lies . . . Now Rylee must run for her life. What if you discovered that everything you thought you knew about yourself was a lie? Rylee has spent her life being shuttled from city to city by her parents. She assumes the reasons are normal. But the truth couldn't be more shocking. One day Rylee comes home from school to find the most horrifying thing imaginable -- her father dead, with a knife through his heart, and a key clutched in his hand. Her mother's purse is on the counter, but she appears to be long gone. A message in blood is written on the floor . . . RUN. With her brother in tow, Rylee begins a dark journey that will uncover horrific and chilling crimes and lead her to an unexpected and gruesome discovery and who is behind these horrific crimes. Run is the first book in the Vengeance series, following Rylee as she begins to piece together the story of her life.