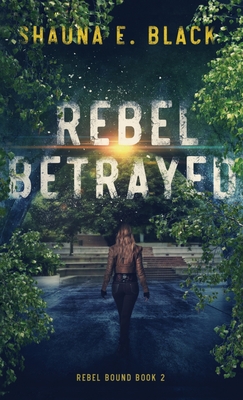 Everything should be perfect in the Undercity, where Caelin and her younger sister Mardy are safe from the radiation topside. But safety feels more like prison. The Undercitizens aren't exactly welcoming, and Lucio and his Impartialists continue to pound the city's barrier, more scavs flocking to their army every day. Then Mardy goes behind Caelin's back to accept a government assignment to spy on the Impartialists. In spite of the danger, Caelin goes after her.

Once more in the camp of the man who killed her best friend, Caelin must convince Lucio of a loyalty she's renounced in order to bring Mardy home. It doesn't help that Lucio suspects Caelin still has feelings for Jate, the special forces officer who betrayed him, or that Lucio's suspicions are right.

As her cover story unravels, Caelin discovers Lucio's true plan for taking over the Undercity. Her desperate attempt to protect Mardy backfires, and Jate is caught in the crossfire of Lucio's revenge. Caelin can't rescue the man she loves without abandoning Mardy to the Impartialists. How will she live with herself if she makes the wrong choice?

The thrilling sequel to the award-winning novel, Rebel Bound.