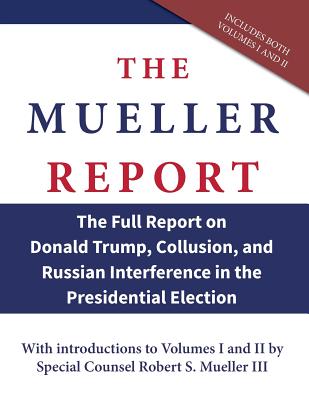 Here is the full Mueller Report--including both Volumes 1 and 2 issued April 18, 2019--on Donald Trump, collusion, and Russian interference in the 2016 presidential election.

We publish the report, released to the public in redacted form April 18, 2019, without adding extraneous commentary, explanations, spin, or documents that aren't formally part of the report. We leave it to you, the intelligent reader, to make up your own mind.

Why is CharityChannel, the twenty-five-year-old community of nonprofit-sector professionals, publishing the Mueller Report? Two reasons. First, it is important to disseminate this report as widely as possible because democracy thrives in the light. We believe that this report casts light that an informed American electorate should consider when electing its leaders, particularly its president--though we acknowledge that the redactions by the U.S. Attorney General are the subject of much discussion and, in some circles, concern. Second, many will appreciate the availability of this report in a book format. We had the means to rapidly produce the report in an 8 1/2" x 11" book and believe doing so performs a valuable public service.

So, if you want just the report without anything added or subtracted, you've found it.