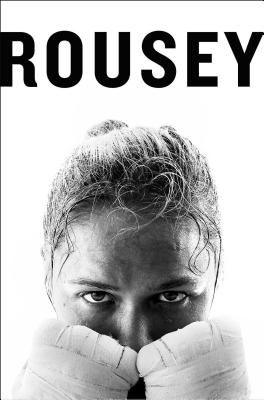 By Ronda Rousey, Maria Burns Ortiz (With)
Email or call for price
Hard to Find

On finishing this book, "Ronda Rousey is my new God," was the declaration I went around making to anyone who would listen (and not smite me for blasphemy). As someone who dabbles in martial arts and wishes I were way more hardcore than I actually am, reading this book was like vicariously living out everything I'd ever hoped I could do. If we were in a fantasy novel, Ronda Rousey would be the super-awesome female main character taking out elite hit-squads with no weapon save her bare hands. Now, any time I want to wimp out on a workout, I just remind myself that Ronda Rousey managed to do x, y, or z, with a broken/torn [insert body part here]. Somehow, I always finish.

THE ONLY OFFICIAL RONDA ROUSEY BOOK

“The fight is yours to win.”

Marked by her signature charm, barbed wit, and undeniable power, Rousey’s account of the toughest fights of her life—in and outside the Octagon—reveals the painful loss of her father when she was eight years old, the intensity of her judo training, her battles with love, her meteoric rise to fame, the secret behind her undefeated UFC record, and what it takes to become the toughest woman on Earth. Rousey shares hard-won lessons on how to be the best at what you do, including how to find fulfillment in the sacrifices, how to turn limitations into opportunities, and how to be the best on your worst day.

Packed with raw emotion, drama, and wisdom, this is an unforgettable book by one of the most remarkable women in the world.

Ronda Rousey is the UFC’s undefeated women's bantamweight champion and an Olympic medalist in judo. Arguably the most dominant athlete in UFC history, Rousey is responsible for the inclusion of women in the Octagon. She has taken Hollywood with her signature force, landing roles in major films and exploding onto the scene with the drive, commitment, and command that has made her a champion.

Maria Burns Ortiz is a journalist who has written for numerous publications including ESPN.com, Fox News Latino, and the Associated Press and was named the National Association of Hispanic Journalists’ Emerging Journalist of the Year. She is also Ronda Rousey's sister. She lives with her husband and their three amazing kids.

"[Rousey's]experiences and storytelling are engrossing and entertaining.”

“There have been multiple challenges to buffer Rousey’s myriad triumphs, and she boldly bares all in a book that is fascinating to read and tough to put down.”