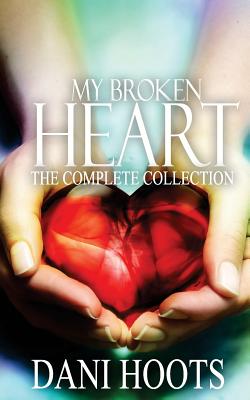 All stories in this series are stand alone, dealing with the heart break that many have faced.Hanami: All Shizue wants is her father to recognize her since her mother died, but all he cares about is work. But one day, when he brings home an intern by the name of Mamoru, Shizue begins to fall in love with him as they celebrate hanami together in the middle of Japan. Will she finally find her prince charming, or will she never be recognized as something more important than work?Last Summer: Christina went to the United Kingdom to get away from love and worries only to find herself having a fling with some guy she thought she would never see again. That is, until she comes back to start her PhD in Anthropology, and the professor she will be working closely is the man she had the fling with. Will she be able to keep the relationship professional? Or will she slip up and let an affair ruin her chance of graduating? Professional Secret: It was good news to Heinrich when he found out he was getting promoted to assistant manager at his office, but when he found out he would be going on a business trip with his boss Christoph, he knew he had to try his best to not let his true feelings towards his boss show. But after a couple of drinks on the business trip, can he keep those feelings to himself? And what if the impossible happened and Christoph had those same feelings as well? Fraudulent Love: Charles thought life was perfect. He had a beautiful girlfriend and together they were professional art thieves. That is, until his girlfriend proposes stealing one of the most richest men in France's priceless art piece. She says she thinks they will succeed and come out rich beyond their wildest dreams. Could there be more to it than that and if so, will Charles figure it out before it's too late? Shattered Engagement: Tom loves Clare with all his heart, even with all her baggage. After he asks her to marry him, he decides it's time for her to meet his family. But what if Clare already knew some of his family? And what if she is keeping a secret that could change everything?Once Upon a December: All Nadia wants is to be hired by a ballet theater and get out of Russia with her girlfriend Maarika. She has worked hard to get to where she's at and when her chance to be hired by a French ballet company is finally within reach, how much is she willing to sacrifice in order to achieve her goal?
My Account • Sign In • Sign Out • Register
NEW & USED BOOKS
AUTHOR EVENTS • GIFTS
Changing Hands Tempe
6428 S McClintock Dr, Tempe, AZ 85283
480.730.0205
[Google Map]
Tues-Sun: 10am-6:30pm
Mon: Closed until further notice