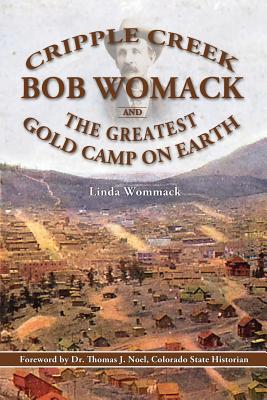 On October 20, 1890, Bob Womack struck gold and staked his El Paso mining claim at Poverty Gulch, which eventually ignited the greatest gold rush in Colorado's history. During Bob's lifetime, over two hundred and fifty million dollars worth of gold was mined from the Cripple Creek Mining District, which Womack was instrumental in establishing.

The story of the man and the gold discovery are told through first-hand accounts from not only Womack's quotes but other legendary figures such as Irving Howbert, Horace Bennett, Leslie Doyle Spell and William, and Ida Womack. Today, over one hundred and twenty-five years after that historic gold discovery, gold is still mined in the mining district of Cripple Creek.

The legacy of Robert "Bob' Miller Womack will forever remain as the discoverer of "The Greatest Gold Camp On Earth."