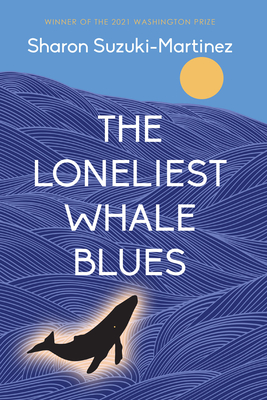 THE LONELIEST WHALE BLUES sings a spiraling, haunting song of both the perdurability and fragility of historical, biological, and geological cycles with a poetic voice that is by turns tender, whimsical, and urgent. In traditional Japanese haibun alternating with graceful lyrics, Suzuki-Martinez follows the movement of insects, birds, weather, and oceans with a curious and watchful eye. These compelling poems track the histories of racism and internment, and serve as harbingers for the unfolding climate crisis. This is a book that celebrates monsters as sacred messengers. This is a book that calls forth the fierce molten lions burning within shy rabbits. This is a book that channels a matrilineage in which 'everyone knows / the gods speak only to women.' --Lee Ann Roripaugh

Moving from Hawai'i, to Japan, to Arizona, her poems are both world-weary and enthralled by the world. She doesn't juxtapose the beautiful and the monstrous--she constellates both into language that's elegiac and ecstatic. Suzuki-Martinez has written a beautifully connective and consciousness-raising book.--Eduardo Corral