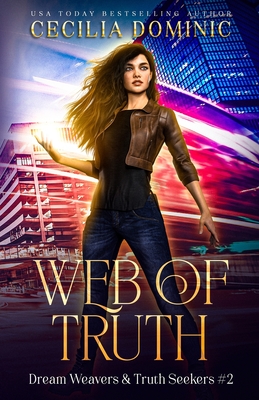 The final bounty was supposed to be the easiest. So why is she the one being hunted?

Morgan le Fay, once the most promising priestess on Avalon, lost her powers due to her unwitting role in the fall of Camelot. She's survived by becoming a bounty hunter for Faerie Queen Maeve. After she completes her tenth, and final job, she will be free to live her own life and regain her powers.

The problem - the situation isn't as simple as it seems. Her final target, the fledgling vampire Philippe, turns out to have ties to her family, and her handler isn't telling her everything.

The answers Morgan seeks lie with her aunt Margaret the Truth Seeker, who has her own history with Philippe and her own regrets around her part in Morgan's fall and Philippe's situation. Nightmare creatures, faerie plots, and murder follow the two women as they navigate their own past hurts and attempt to unravel the truth. Will they be able keep their friends safe and find forgiveness in time to figure out what the faerie queen wants with Philippe? And will Morgan deal with her old wounds and risk her powers - and her heart - to secure her future?