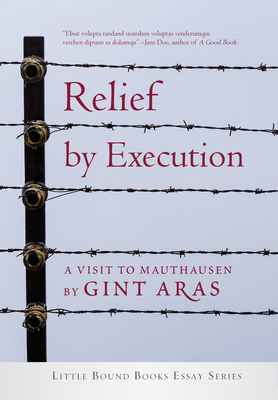 Between the years of 1996-1999, Gint Aras lived a hapless bohemian’s life in Linz, Austria. Decades later, a random conversation with a Polish immigrant in a Chicago coffeehouse provokes a question: why didn’t Aras ever visit Mauthausen, or any of the other holocaust sites close to his former home? The answer compels him to visit the concentration camp in the winter of 2017, bringing with him the baggage of a childhood shaped by his family of Lithuanian WWII refugees. The result is this meditative inquiry, at once lyrical and piercing, on the nature of ethnic identity, the constructs of race and nation, and the lasting consequences of collective trauma.

Gint Aras (Karolis Gintaras Žukauskas) has been trapped on planet earth since 1973. His writing has appeared in Quarterly West, St. Petersburg Review, Curbside Splendor, (Re)Imagine, STIR-Journal and other publications. His novel, The Fugue, was a finalist for the 2016 Chicago Writers Association’s Book of the Year Award. He lives in Oak Park, Illinois.