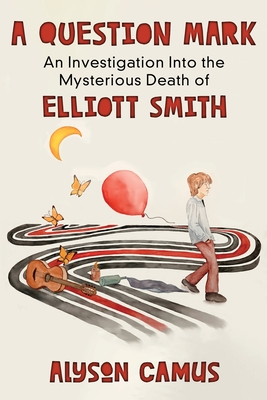 In the early 2000s, Elliott Smith was a rising Indie music star, a multi-instrumentalist with a drug habit and a dark outlook on life. His music conveyed the depths of his pain and the heights of his hope. When he died in 2003 of an apparent suicide, the media and his fans were ready to believe. As the facts came out, however, the events of that day weren't so clear. His girlfriend publicly claimed she and Elliott had had a heated argument, and while she had locked herself in the bathroom, Elliott had stabbed himself twice in the chest, an apparent suicide. A few hours later, he died in the hospital of his wounds. The Los Angeles County Coroner, upon examining the evidence, wasn't ready to rule on the cause of death. Eighteen years later, the case remains open.

Alyson Camus is a loyal Elliott Smith fan with a desire to know the truth. A Question Mark details her investigation into the Oscar-nominated singer's alleged suicide. The truth behind the events of his death may be a bigger question mark than anyone is ready to believe.