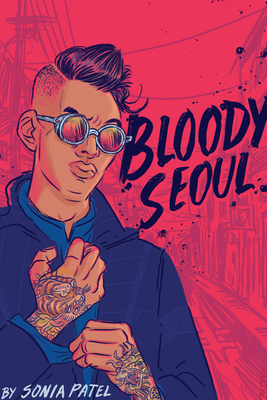 Rocky's the most loyal 16-year-old you'll ever meet: loyal to the Three Star Pa gang, which his father runs in Seoul, Korea; loyal to his best friends, who accompany him everywhere he goes; loyal to his ever-escalating public bullying of Ha-na, a girl at school; and, finally, loyal to the memory of his mother, even though there are some things about her that he tries to forget. He loves his friends, his city, and the power he wields. But when he catches his father in a lie, the truth is exposed, and his life begins to unravel--and Rocky has no idea where it's going to lead.

Sonia Patel knows teenagers inside and out. As a child and adolescent psychiatrist, trained at Stanford University and the University of Hawaii, she has spent over fifteen years listening to and understanding the psyche of teenagers from all walks of life. She's also been a teenage girl herself, growing up on Moloka'i as a first generation Gujarati-American. As a writer, Sonia is passionate about giving voice to the underrepresented youth she treats. Her YA debut featuring a Gujarati-Indian American teen, Rani Patel In Full Effect, was a finalist for the Morris Award and was listed on YALSA's Best Fiction for Young Adults and Kirkus' Reviews Best Teen Books of 2016. Her second YA novel, with a Gujarati-Indian trans boy and a mixed ethnicity girl, Jaya and Rasa: A Love Story, was selected for the 2019 In the Margins Book Award Recommended Fiction Book List. She chose South Korea as the setting for her third YA novel, Bloody Seoul, because of her extensive treatment experience with Korean and Korean American teens on Oahu (and her love for the Korean gangster film genre). Watch Sonia's video for the Child Mind Institute, where she speaks about her experience with anxiety and depression, and the words of wisdom she would tell her younger self.
My Account • Sign In • Sign Out • Register
NEW & USED BOOKS
AUTHOR EVENTS • GIFTS
Tempe
6428 South McClintock Drive
480.730.0205
[Google Map]
10am-7pm daily
Trade Counter 11am-6pm daily