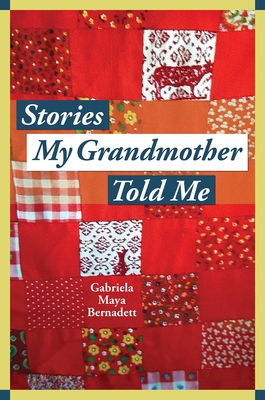 The illuminating and deeply personal debut from Gabriela Maya Bernadett, Stories My Grandmother Told Me explores culture, race, and chosen family, set against the backdrop of the twentieth-century American Southwest.

In a hilly Southern California suburb in the late twentieth century, Gabriela Maya Bernadett listens as her grandmother tells her a story.

It’s the true story of Esther Small, the great-granddaughter of slaves, who became one of the few Black students to graduate from NYU in the 1940s. Having grown up in Harlem, Esther couldn’t imagine a better place to live; especially not somewhere in the American Southwest.

But when she learns of a job teaching Native American children on a reservation, Esther decides to take a chance. She soon finds herself on a train to Fort Yuma, Arizona; unaware that each year, the Bureau of Indian Affairs kidnaps the native Tohono O’odham children from the reservation and forces them to be educated in the ‘ways of the White man.’ It doesn’t take long for Esther to notice how Fort Yuma parallels her own grandmother’s story as a slave in the South—the native children, constantly belittled by teachers and peers, are forced to perform manual labor for local farmers.

One of two Black people in Fort Yuma, Esther feels isolated, never sure where she belongs in a community deeply divided between the White people and the Tohono O’odhams. John, the school bus driver and Tohono O’odham tribe member, is one of the only people she connects with. Friendship slowly grows into love, and together, Esther and John navigate a changing America.

Seamlessly weaving in the present day with the past, Stories My Grandmother Told Me blends a woman’s memory of her life, and that woman’s granddaughter’s memories of how she heard these stories growing up. Bernadett’s captivating narrative explores themes of identity, tradition, and belonging, showing what it really means to exist in a multicultural America.

Maya Bernadett grew up in California hearing the stories of her grandmother, Esther Pancho. She grew up in a multi-cultural household, as her father is Mexican American and White and her Mother is Tohono O'odham and Black. At the age of 18 she moved to New Haven, Connecticut to attend Yale University, from which she graduated in 2008 with a degree in the History of Science/History of Medicine. She lived in Tucson briefly, then moved to New York City, and finally returned to Tucson to attend the University of Arizona. She graduated in 2015 with a Master's Degree in American Indian Studies with a focus on Education. She currently teaches GED classes at the Pascua Yaqui Tribe.