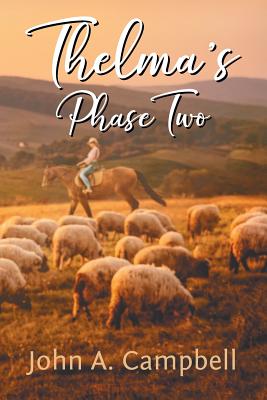 Thelma is a destitute young woman who's rescued by a kind stranger before stepping out into city traffic. Meanwhile, her travel bags back at her motel were searched, and her silver keepsakes were stolen.

Ed, her kind savior from the traffic incident, helps Thelma deal with the theft of her belongings. The police later recover the stolen articles, which may be valuable.

After all that Ed's done to help her, Thelma falls in love with him, and after a quick marriage they head out West.

The year is 1980, and their journey takes them to western Queensland, where Ed has a job on a sheep station. Thelma turns out to be very handy around the sheep, and tries to use her talents to put the nearby little town on the map.

Thelma puts her heart into saving the dying town, which consists of a pub, a shop, a garage, and half a dozen houses.

Born in Ipswich, Australia, John A. Campbell is an 88-year-old pensioner living on Australia's Sunshine Coast. This is his third book.