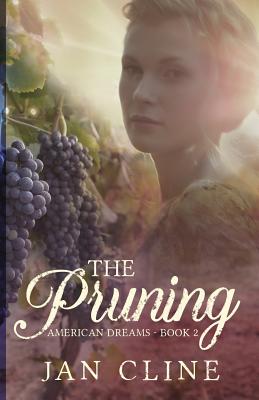 This is book number 2 in the American Dreams series.

Clarissa Wilding and her family have just arrived at the train station in Kennewick, Washington. Their decision to move from the drought and dust storms on the Kansas plains seemed like a good one, until Clarissa sees her husband Frank embrace his half-brother William--the man who has offered them the chance to start fresh on his vineyard.
Clarissa knows this man, but by a different name. And it is obvious that William also recognizes her, though he says nothing of their past together.
The Wilding family settles into a cottage on the farm. Frank is thrilled to be back on a productive farm, having lost their crops to the relentless dust storms back home. He is anxious to rekindle his relationship with his brother, but doesn't understand Clarissa's resistance to William. Frank is eager to learn the grape and fruit growing business and hopes his work ethic will please his brother. But he is disturbed to see that William has not held on to the Christian teachings of their mother, but instead is angry and resentful of his drunken father, Frank's step-father.
Both parents are deceased, but unpleasant memories linger for both Frank and William, even after William explains he changed his name to be rid of his father's reputation.
Clarissa cruelly discovers that you cannot always escape your past. A clandestine meeting is about to test her faith, and expose secrets that could challenge her marriage.
Will Clarissa and her husband cling to God's promise for a new beginning? Or be destroyed by tragedies and trials.