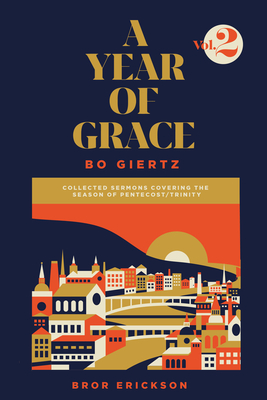 A Year of Grace Vol. 2 is a collection of Bo Giertz's sermons from the second half of the liturgical calendar following the day of Pentecost. He preached the earlier sermons in his ten years as a parish pastor at Torpa, a small rural town in Sweden where he began his pastoral career and wrote such books as The Hammer of God and With My Own Eyes. These early sermons are strongly influenced by the ordo salutis (order of salvation) that he took over from Henric Schartau, yet always with an emphasis on salvation by grace rather than the order. His later sermons were preached as the Bishop of Gothenburg throughout his diocese and as a guest preacher elsewhere. These retain the influence of Henric Schartau in that they seek to directly address the "three hearers"--unbelievers, those awakened to the law, and mature Christians--yet his style takes on more subtlety in when, where and how these hearers are addressed in the context of the sermon. The result is a collection of sermons that provide both great weekly devotions (as the collection was intended) and a program of study for pastors and others wanting to learn how to "rightly handle the word of truth." (2 Tim. 2:15)