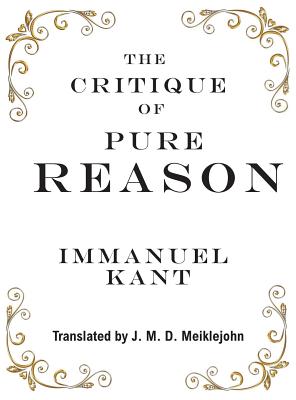 Kant builds on the work of empiricist philosophers such as John Locke and David Hume, as well as rationalists such as Gottfried Wilhelm Leibniz and Christian Wolff. He expounds new ideas on the nature of space and time, and tries to provide solutions to Hume's scepticism regarding human knowledge of the relation of cause and effect, and Ren Descartes' scepticism regarding knowledge of the external world. This is argued through the transcendental idealism of objects (as appearance) and their form of appearance. Kant regards the former "as mere representations and not as things in themselves", and the latter as "only sensible forms of our intuition, but not determinations given for themselves or conditions of objects as things in themselves". This grants the possibility of a priori knowledge, since objects as appearance "must conform to our cognition . . . which is to establish something about objects before they are given to us". Knowledge independent of experience Kant calls "a priori" knowledge, while knowledge obtained through experience is termed "a posteriori".
In Kant's view, a priori intuitions and concepts provide some a priori knowledge, which also provides the framework for a posteriori knowledge. Kant also believed that causality is a conceptual organizing principle imposed upon nature, albeit nature understood as the sum of appearances that can be synthesized according to a priori concepts.
In other words, space and time are a form of perceiving and causality is a form of knowing. Both space and time and conceptual principles and processes pre-structure experience.
Things as they are "in themselves"--the thing in itself or das Ding an sich--are unknowable. For something to become an object of knowledge, it must be experienced, and experience is structured by the mind--both space and time being the forms of intuition (Anschauung in German; for Kant, intuition is the process of sensing or the act of having a sensation)