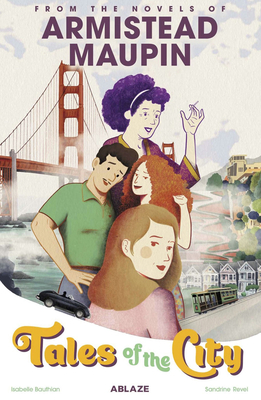 A CLASSIC OF LGBTQ LITERATURE THAT HAS BECOME A CULT SENSATION San Francisco, late 1970s. At 28 Barbary Lane, Anna Madrigal runs a boarding house. She welcomes people who have nowhere else to go: the misfits. This matriarch is known for her unending kindness and her superb marijuana crop. Enter Mary Ann Singleton, a prudish, na ve, young woman who escaped her dull Ohio hometown for San Francisco. She settles in with her other fellow tenants: Michael "Mouse," a personable young gay man, Brian Hawkins, an incorrigible Don Juan, and Mona Ramsey, a young hippyish bisexual. Little does the group know that they will soon form a dear family together. This is the beginning of a humorous, heartfelt saga, between the summer of love and the appearance of AIDS, in the city of sexual freedom THE HEROES OF THIS ENCHANTING GROUP HAVE BEEN ENJOYED BY MILLIONS OF READERS WORLDWIDE The novels have been translated into 10 languages and sold over 6 million copies. The title has been adapted on TV (BBC), Limited Series (Netflix), Theater...and now in graphic novel form for the first time.