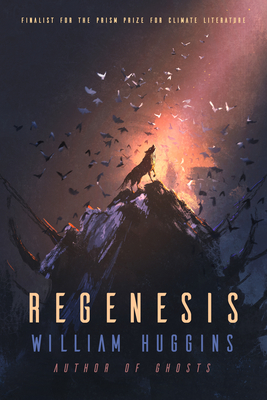 On a far future world untouched by human presence for almost five hundred years, a young woman pilot crashes into a forest. Nothing in her life has prepared her for this moment, except a training session that neither she nor her peers took seriously. Forced from her comfortable shell, moving through the dark forest night toward rescue, she confronts the realities of her current moment and the complexities of the revolution that shaped the world she knows.

Unknown to her, she is pursued by a creature from that same past she helped undo, a species mistreated by the former world, now regaining much of its lost territory. In that previous world, almost completely wiped away now by the work of herself and generations of others, the voices and needs of nonhuman entities went unheeded. In the darkness of the forest she may well learn a lesson in perspective, in viewing the world through other eyes--the eyes and senses of the nonhuman.

Nearing the end of her journey, close to rescue, she realizes something follows her. Fearful, all her ethics, everything she believes in, are suddenly on the line and she finds herself tested in a way in a way she never expected. The larger world of her concerns compresses to a pair of eyes and she must decide: in this moment of two worlds meeting, will she choose the path of self-preservation, or if necessary will she sacrifice herself for the greater good?