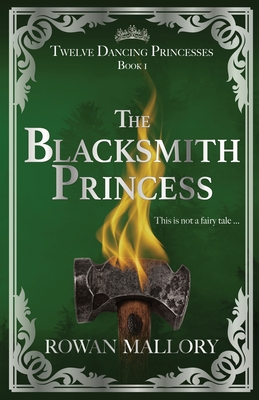 "I am the fraudulent princess. Everyone knows it. I'm the one who doesn't belong here."

When the crown prince of Aldforth is killed by a manticore, King Wulfric invites twelve eligible princesses to a ball where he will choose a bride for his surviving son.

King Wulfric is more dangerous than any mythical monster, and when the princesses find themselves trapped in a cursed fortress far from home, they don't have the luxury of waiting for a prince to rescue them.

Jax was never meant to be a princess. The bastard child of the queen of Venia, daughter of a blacksmith, she's determined to make a place for herself in her small village. But when Wulfric demands her attendance at his ball, she must leave behind all she has ever known to protect her family and her kingdom.

With nothing but her hammer, her wits and a talent for disruption, will Jax be able to survive court intrigue, dangerous rivals, and an angry giant king to rescue the boy she loves, save the Blessed Kingdoms from war-and figure out where she really belongs?

Perfect for fans of Naomi Novik's Spinning Silver and Jennifer Donnelly's Stepsister, this fairy-tale adjacent historical fantasy will take you on an adventure inspired by friendship and forging your place in the world.