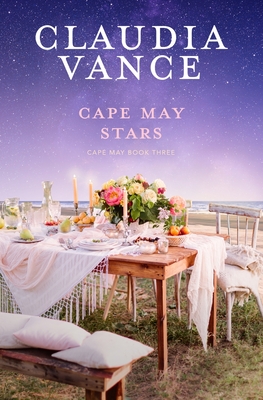 This is book number 3 in the Cape May series.

There are stars in Cape May ... and not just in the sky.

A big-budget movie is filming in Cape May, and one of the stars, Katherine Duffield, has rented out The Seahorse Inn for two months. Excitement overtakes Margaret and Liz until they receive the celebrity's ridiculous list demands.

Dave is thrilled at the chance to use his construction skills on the film set, but tension unexpectedly arises between him and Margaret.

Irene, Dave's sister, is back in town working on the film as a production assistant and starts to rethink her career change.

Judy and Bob abruptly decide to travel abroad, but regret bringing their friends along.

Sarah converts an old vacant bank into a coffeehouse while Mark's long work trips cause her to question their relationship.

Greg takes a leap toward his dream of opening a restaurant with the support of Liz, but is it the best choice for their family?

In Book 3 of the Cape May Series, follow the excitement of new beginnings for the Cape May locals while a movie production sets the New Jersey Victorian beach town abuzz.

This is Book 3 in the Cape May Series. It is recommended to start with Book 1, The Cape May Garden.