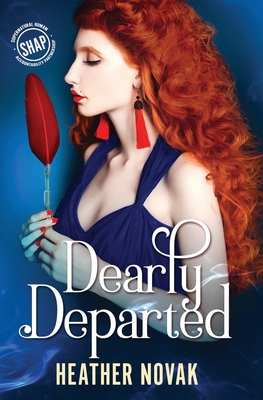 Who would you betray to save a life?

Medium Eliza Robinson will do anything for her daughter, including working on a confidential investigation at the Supernatural Human Accountability Partnership agency with her ex-the person who killed her fianc , Ben. She's desperate to find out the truth about Ben's past and what really happened the night he died, and she won't let anyone stand in her way. Her daughter's life depends on it.

Paris Evans knows Eliza will never forgive her role in Ben's death, but has vowed to protect Eliza and her daughter at all costs. She can't let anyone learn the truth about what happened that night, or who Ben really was. Not when so many lives-including her twin's-hang in the balance.

As the investigation heats up, it reignites the fire between Eliza and Paris. These two powerful psychics-one who can communicate with the dead via letters and the other who has prophetic dreams-will risk everything to protect their loved ones and discover the traitor...even as Paris's visions warn there may be no happy ending to their mission.