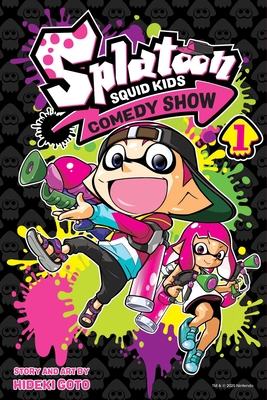 By Hideki Goto
$9.99
Not Available In-Store - Usually Ships from Warehouse in 1-5 Days

This is book number 1 in the Splatoon: Squid Kids Comedy Show series.

New Inklings take center stage as they and their friends embark on hilarious escapades in the world of Splatoon, the hit video game series from Nintendo!