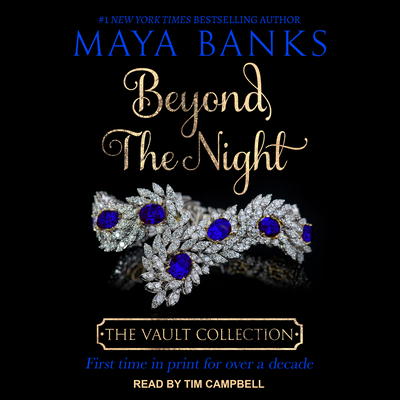 By Maya Banks, Tim Campbell (Narrated by)
$29.99
Not Available In-Store - Usually Ships from Warehouse in 1-5 Days

India Ashton has traveled the world with her adventuring father searching for Pagoria, a city so ancient only legend gives it life. After a period of captivity by a band of rebels and the death of her father, she returns to England, only wanting a place to heal and call home. Thomas Hadley, Viscount Ridgewood, or Ridge as he is better known, is a restless spirit who longs for adventure. When he comes across the journal of a famed explorer, he believes he has the key to finding the lost city of Pagoria, only he needs India Ashton's help to decipher it. A letter from the father she believed dead forces India to make a difficult decision. In order to save her father, India must join forces with the viscount, a man she feels too much of a kinship with, and a man she must betray if she is to be successful in her quest. Within the journal lies the unbelievable-proof that the city still lives, a civilization still thrives within its walls, and it has a connection to the viscount he never imagined. Together, India and Ridge unlock the pieces of the puzzle and embark on a journey that will change their lives forever. India's betrayal threatens the growing bond between them, and in the end, India must choose between the man she loves, a city as old as time itself, and the security she craves. Contains mature themes.
My Account • Sign In • Sign Out • Register
NEW & USED BOOKS
AUTHOR EVENTS • GIFTS
Tempe
6428 South McClintock Drive
480.730.0205
[Google Map]
10am-7pm daily
Trade Counter 11am-6pm daily