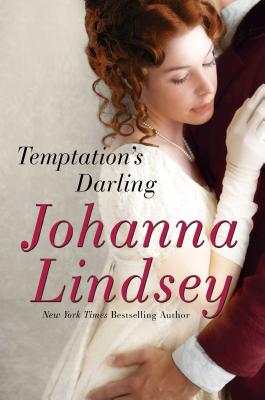 By Johanna Lindsey
Email or call for price
Out of Print

#1 New York Times bestselling author Johanna Lindsey blends passion and humor in a dazzling Regency-era novel in which a disastrous debutante becomes the toast of the town with a little help from a friend of the Prince Regent’s.

Threatened by powerful enemies, William Blackburn, Earl of Ketterham, lives in exile in the Scottish Highlands with his daughter Vanessa. When she comes of age William urges her to return to her mother in England to make her debut. Raised with all the advantages and freedom a boy would have, Vanessa doubts she can fit into the mold of a proper young lady. Still, she agrees to re-enter fashionable society, determined to end the vendetta against her father, never imagining the high price she will have to pay.

Lord Montgomery Townsend enjoys living on the edge, courting danger as he fixes potentially scandalous problems for the Prince Regent. While hiding out at the home of the Countess of Ketterham, Monty watches a disaster-in-the-making as his hostess tries to prepare her estranged daughter for a match with the pompous son of a powerful family. Puzzled as to why independent-minded Vanessa submits to being turned into a puppet and wants to marry the arrogant rogue, Monty nonetheless steps in to make her dreams come true. But no good deed goes unpunished and soon he faces more pressing problems, including the temptation to upend Vanessa’s wedding plans so he can marry her himself!

Johanna Lindsey (1952–2019) was world-renowned for her “mastery of historical romance” (Entertainment Weekly), with more than sixty million copies of her novels sold. She was the author of nearly sixty nationally bestselling novels, many of which reached the #1 spot on the New York Times bestseller list. Lindsey lived in New Hampshire with her family.
My Account • Sign In • Sign Out • Register
NEW & USED BOOKS
AUTHOR EVENTS • GIFTS
Tempe
6428 South McClintock Drive
480.730.0205
[Google Map]
10am-7pm daily
Trade Counter 11am-6pm daily