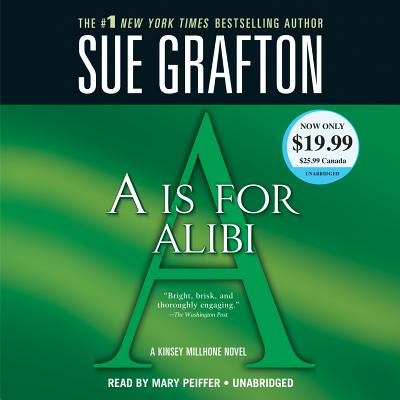 By Sue Grafton, Mary Peiffer (Read by)
Email or call for price
Hard to Find

Laurence Fife was a slick divorce lawyer and  slippery ladies' man. Until someone killed him. The  jury believed that it was his pretty young wife  Nikki, so they sent her to prison for eight years.  Now, Nikki's out on parole and Kinsey Miihone's in  for trouble. Nikki hires Kinsey to discover who  really killed her husband. But the trail is eight  years cold, and at the end is a chilling twist even  Kinsey doesn't suspect -- a second eight-year-old  murder and a brand new corpse.