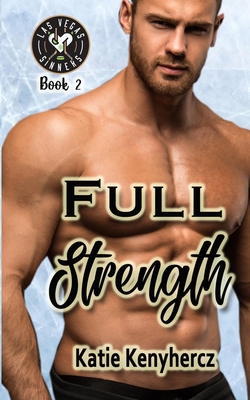 This is book number 2 in the Las Vegas Sinners series.

After a bum knee ended her soccer days, Alexandra - Allie - Kallen has dedicated her life to helping injured athletes cope and get back in the game. As the new team sports psychologist of the Las Vegas Sinners, she starts out with just one player, but he's a handful. Goalies are stubborn, and she would know. She's determined to figure him out and return him to the net good as new, especially after she sent her last patient back to the ice too soon. The problem is, she sees so much of herself in Shane, and their chemistry is off the charts. Falling for him isn't in the plan. Is love worth losing her career? Shane Reese's entire identity has been wrapped up in being a goalie since he was five years old. When he gets a high ankle sprain right before playoffs, he doesn't exactly take it well. After putting his fist through the physical therapy room wall and hitting a few joking teammates, he's ordered to see the new shrink. All he has to do is convince her he's seen the light, and he can get back to defending his team as soon as his ankle heals. The problem is, she sees through him like no one he's ever met, and the more time he spends with her, the less hot he is to get back to the ice. Could something mean more than hockey?