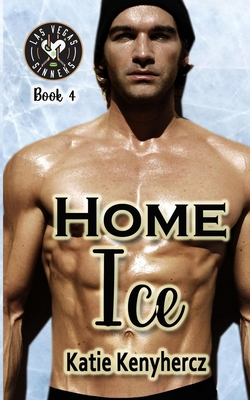 This is book number 4 in the Las Vegas Sinners series.

Lorelai Kelly was mere inches from her Olympic goal, but a broken ankle landing a triple axel in the spotlight forced her to delay the gold medal hunt another four years. Now she's starring in the Sin City on Ice show to make ends meet and focused on a comeback that keeps eluding her grasp.Dylan gained national attention in his early teens and went on to become the NHL's youngest captain and leading scorer in his second season. He breathed new life into a sport that had been dying in the States, but it's lonely at the top. Now the captain of the Vegas Sinners team is feeling the pressure and looking for something more.America's ice princess might be the only one who can help his current slump-and Dylan's way of expressing thanks could undermine everything Lori has worked for. Can two people who spend their lives on the ice thaw just enough to let each other in?