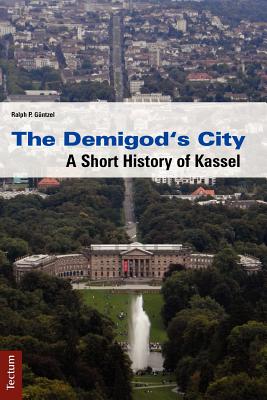 By Ralph P. Guentzel
$20.99
Not Available In-Store - Usually Ships from Warehouse in 1-5 Days

In this fast-paced narrative, historian Ralph P. Guentzel explains how a settlement that started as a small royal court in the middle of the wilderness became the capital of a kingdom and eventually morphed into the thriving metropolis of North Hesse. Narrated in a user-friendly style, this book places local events into the larger context of German and European history. It offers a fresh perspective on the major developments in the history of the city and brings to life numerous intriguing characters. Loaded with wry commentary, it takes supposedly great men from their pedestal and gives credit to hitherto unsung heroes who have helped shape Kassel's fortunes in past and present. A native of Kassel, Ralph P. Guentzel studied in Goettingen, Berlin, and Montreal and earned his Ph.D. in history from McGill University (Montreal). He has held teaching positions in Montreal, Franklin (Indiana), and Salzburg, and currently is the chair of the Department of History at Franklin College. His most recent monograph is entitled "Understanding 'Old Europe' An Introduction to the Culture, Politics, and History of France, Germany, and Austria" and was published by Tectum in 2010. Praise for "Understanding 'Old Europe'" "Guentzel's style is elegant and easily understandable for students and teachers of French or German Studies, history, political science, or European civilization. Americans planning a trip abroad be it as informed tourists or for professional reasons; and Austrians, French, and Germans interested in their own culture and the historical roots of many of the customs and policies in place today would likewise profit from Guentzel's narrative. ... This book would serve as an eye-opener to our students, and would certainly expand the horizons of anyone interested in the culture and politics of France, Germany, and Austria." Petra S. Fiero (Western Washington University) in: Die Unterrichtspraxis/Teaching German. "A very nice read that places many aspects of contemporary German society within a larger historical context." Mark Ferguson (Program Director, Study Abroad in Germany, Wayne State University)
My Account • Sign In • Sign Out • Register
NEW & USED BOOKS
AUTHOR EVENTS • GIFTS
Tempe
6428 South McClintock Drive
480.730.0205
[Google Map]
10am-7pm daily
Trade Counter 11am-6pm daily