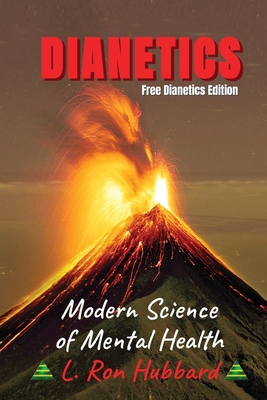 Dianetics started the most controversial science of our modern times.

The first printing sold out in a month. And within two months, 500 grassroots Dianetics groups sprang up across the US. Since then, it's sold over 83 million copies in over 50 languages.

But this book also drew intense opposition from the medical establishment and from at least half a dozen Federal agencies.

The reason for its controversy?

Dianetics showed a person how to become aware of, and to deal with, past traumatic experiences so he was no longer bothered by them.

It was so effective, it could uncover deeply repressed experiences--including ones that happened when a person was unconscious... such as car accidents and operations.

Nobody at the time imagined that some people--as they looked into their past--would discover they had been unknowingly subjected to experiments while they were unconscious in hospitals. They had been subjects of cold war brainwashing and mind control research conducted by the CIA on unsuspecting patients.

It was a secret the government was desperate to keep hidden. In your hands you now hold the science of the mind that uncovered it all.

Dianetics gives you a clear explanation of how the mind works with easy-to-use, self-help techniques you can use to unlock your dormant abilities.

This edition is a re-release of the original book exactly as Hubbard originally published it in 1950.

It contains six important chapters that were part of the original 1950 edition, but have been removed from versions on sale by the Church of Scientology (Bridge Publications). That's 11% of the original content reclaimed for a complete understanding and application of Dianetics techniques.

You'll also find an additional chapter by the editor called, "Warning of Black Dianetics," revealing how the Church of Scientology has altered Dianetics to forward its religious dogma, and to withhold the work-ability of Dianetics from its own members.

The appendix contains free sources of information that can be found online for additional help and further study.