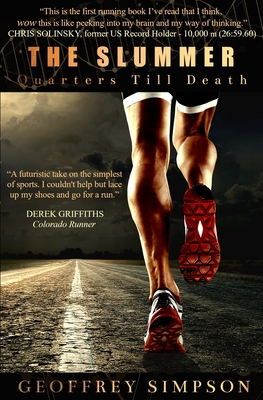 "This is the first running book I've read that I think, wow this is like peeking into my brain and my way of thinking. I will be reading it again and again."

Nobody wants him here anyway, but he can't quit.

Quitting isn't in his DNA.

In 2083, Benjamin Brandt is among the millions of "slummers" who are relegated to poverty and struggle on the outskirts of society. As a minority growing up in the gritty underbelly of Cleveland's Industrial Valley, Ben sees the way genetically designed "elites" live only from a distance: from the shadows of public spaces people like him are forbidden to use, and on TV, where he watches the enhanced athletes compete at an extraordinary level. For years, a national track championship has inspired Ben to ferociously cultivate his own talent as a runner.

As Ben logs miles through the potholed, darkened streets of his community, an idea takes hold of him that could turn his highly stratified society upside down. He isn't prepared to lead a revolution; however, he is prepared to run like a slummer with nothing to lose.