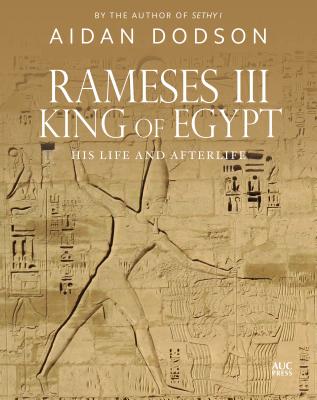 By Aidan Dodson
$35.00
Not Available In-Store - Usually Ships from Warehouse in 1-5 Days

Master story-teller and renowned Egyptologist, Aiden Dodson, reveals the secrets of Rameses III, in this fully-illustrated, accessible history, the first to exclusively cover this last great pharaoh, by the author of the bestselling, Sethy I
Rameses III--often dubbed the "last great pharaoh"--lived and ruled during the first half of the twelfth century bc, a tumultuous time that saw the almost complete overthrow of established order in the eastern Mediterranean, and among Rameses's achievements was the preservation of Egypt as a nation-state in the face of external assault. However, his reign also saw economic challenges, and increasing dissatisfaction, which culminated in the king's own assassination.
This richly illustrated book is the latest in a series that aims to provide accounts of key figures in ancient Egyptian history that covers not only their life-stories but also their rediscovery and reception in modern times. Accordingly, it follows the king from his birth to his resurrection through modern research, describing the key events of the reign, his major monuments, and the people and events that led to these becoming once again known to the world.