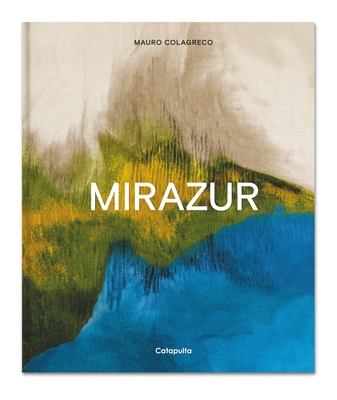 It is in Menton, where the geographical boundaries between Italy and France waver, where Mirazur rests overlooking the Mediterranean sea. Michelin star chef Mauro Colagreco shares in his first book the gastronomic vision inspired by the stunning surroundings and abundance of locally sourced ingredients. Throughout these pages, we discover the local producers who supply Mauro with a beautiful array of goods that he then transforms into sublime and delectable works of art.

The book offers 65 recipes, along with stunning photography portraying the dishes, the restaurant, and the magical environment comprising the Mediterranean Sea, the Maritime Alps, and the orchards and gardens cultivated by the locals, every reader can transport and immerse themselves in the world of Mirazur. A “frontier cuisine,” where the focus is centered on the provenance of the produce and reflecting the history and tradition of the artisan universe that inhabits the region.

Mauro Colagreco was still an Argentinean student at La Rochelle Hotel School, when he traveled through what would become the home of his future restaurant on a little road between the sea and the mountains on the way to Rome. A few years later, after working with great French chefs Bernard Loiseau, Alain Passard, Alain Ducasse and Guy Martin, Mauro decided to open his own place and he settled in Menton, on the Cote de Azur. Through his personal interpretations of ingredients and flavour combinations, Mauro has forged a style of his own. He has absorbed his Italian-Argentinian cultural heritage and that of the chefs with whom he trained, and now follows his intuition as he draws on the local culture on both sides of the border. Inspired by the sea, the mountains and the fruit and vegetables grown in his own gardens, Mauro invents colourful, pictorial dishes that play with textures and bold contrasts. His cuisine is ultra fresh, with lots of herbs, fruit and vegetables showcasing the magnificent ingredients produced by local growers: citrus fruit from the Riviera, saffron from Sospel, olive oil and lemons from Menton, wild mushrooms from the surrounding countryside, produce from the Ventimiglia markets, gamberoni prawns from San Remo, locally caught fish, and so on. Light, honest, respectful of nature, Mauro’s cuisine expresses itself freely