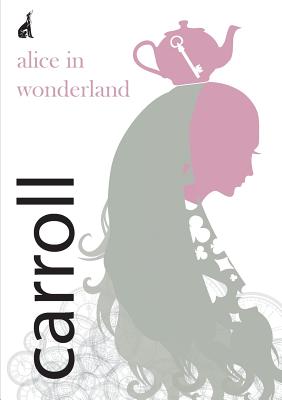 By Lewis Carroll
$5.90
Not Available In-Store - Usually Ships from Warehouse in 1-5 Days

This lovely edition of the timeless classic Alice's adventures in wonderland is design for ease or reading and for beauty. It stands out among other editions in that it is not meant to be ready by children but by adults who have long cherished it as an important part of their lives. Alice's Adventures in Wonderland (commonly shortened to Alice in Wonderland) is an 1865 novel written by English author Charles Lutwidge Dodgson under the pseudonym Lewis Carroll. It tells of a girl named Alice who falls down a rabbit hole into a fantasy world populated by peculiar, anthropomorphic creatures. The tale plays with logic, giving the story lasting popularity with adults as well as with children. It is considered to be one of the best examples of the literary nonsense genre. Its narrative course and structure, characters and imagery have been enormously influential in both popular culture and literature, especially in the fantasy genre.
My Account • Sign In • Sign Out • Register
NEW & USED BOOKS
AUTHOR EVENTS • GIFTS
Changing Hands Tempe
6428 S McClintock Dr, Tempe, AZ 85283
480.730.0205
[Google Map]
Sun-Sat: 10am-7pm